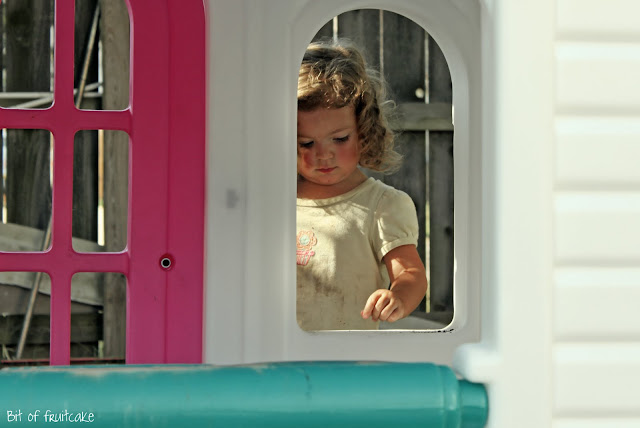 Keary and Dad put a playhouse together yesterday for the girls.  The one I built them eventually fell apart after it rained multiple times, so Dad got them a new one for their birthdays.  And even though it has been almost one hundred degrees outside, both girls have really enjoyed playing in it.  It has a kitchen, phone, doorbell, and window flower boxes which make for hours of entertainment.
Linking up with I Heart Faces: Props, 52 weeks of happiness, Sweet Shot Tuesday, and Tuesdays around the world

I took the girls to get haircuts last week.  Gwendolyn had been begging to get her hair cut "short like Maggie's and your's" for several weeks.  While I resisted the idea at first, thinking she would wish it was long again after cutting it, I finally agreed that as long as it could still be put in a ponytail, she could cut her hair however she wanted.  It is just hair, it'll grow back (though Gwendolyn's seems to grow more slowly). 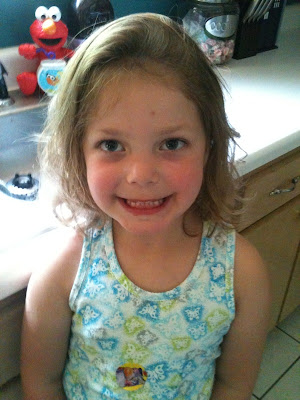 Here is Gwendolyn's after shot.  She ended up having three of four inches cut off and some layers added. It is very cute and she is super pleased with it. 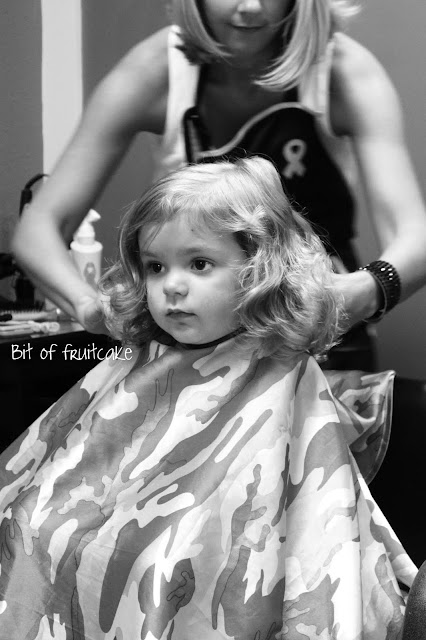 It was Maggie's first time to get her haircut.  I really expected it to not go well since she is not too keen in sitting still or people she has never met touching her.  She did so well though.  She sat very still and let the hairdresser trim her hair.  She didn't have much cut, a quarter to a half inch-not enough for anyone to notice, but it has helped with the tangling tremendously.
Linking up with Live and Love Out Loud, Project Alicia, Sweet Shot Tuesday, 52 weeks of happiness, Tuesdays around the world, Black and White Wednesday, Little Somethings: Children, Photo Story/ Give me your best shot, Fabulous Friday, Live Every Moment
Posted by Danyelle at 8:25 PM 15 comments: 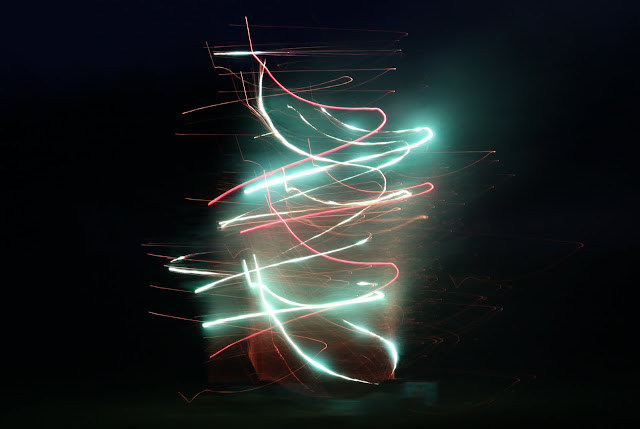 Growing up, we never shot fireworks on the fourth of July.  If we really really wanted to watch them, we could generally see the fireworks being shot off at the park a mile or so away from my grandparents' deck.

My grandfather was an ophthalmologist and so he saw the effects of people playing with fireworks when they shouldn't, whether it be because they didn't know what they were doing, were too young to be playing, or just too close to the action.  He pretty much convinced us that we would lose an eye if we got too close to the fireworks, so we stuck to watching them from the deck. 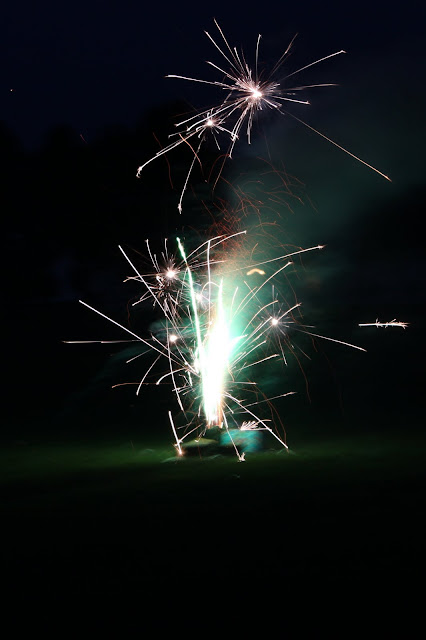 Not that I needed an excuse to stay away from fireworks.  I didn't like the noise so I was completely okay with not getting near fireworks.  and I stuck with it to through adulthood; I have tended to dread fourth of July evening and the evenings all around it because of the noise and jolt I get from being surprised with the crackles and booms. 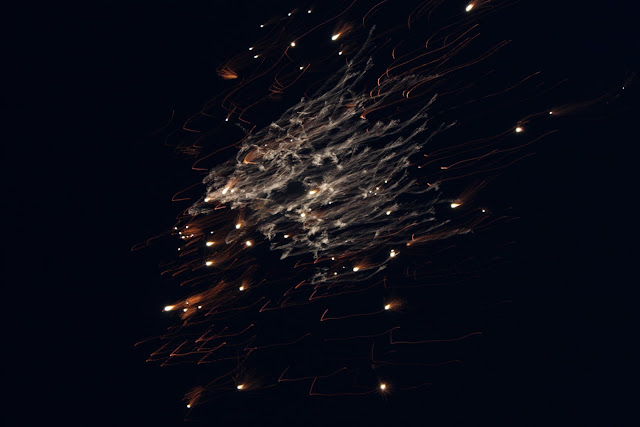 So we agreed to go watch the fireworks.  We went out to one of our friends' house, just outside of the city limits, and they shot off fireworks for about 20 minutes.  Twenty minutes was about long enough for the mosquitoes to try to carry us off. 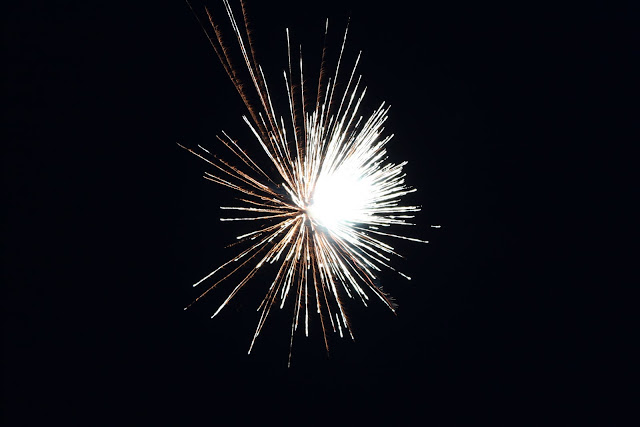 And as it turns out, Gwendolyn takes after me and the noise associated with fireworks bothers her.  Maggie, on the other hand, hooted and hollered and cheered the fireworks on.  And I wasn't bothered so much by the crackles and booms this year. 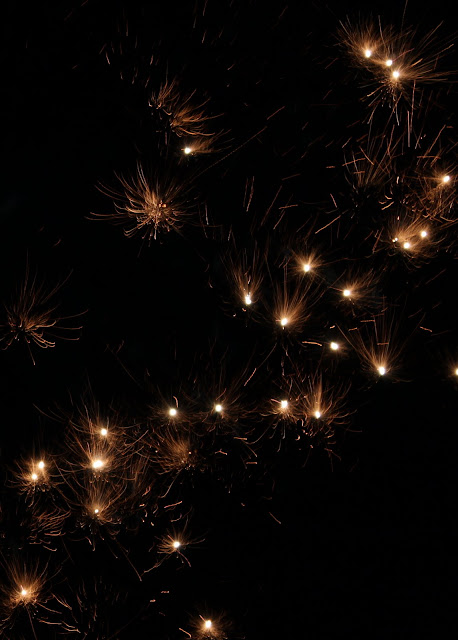 Linking up with Photo story Friday and Fabulous Friday, Photo Challenge: Something Patriotic
Posted by Danyelle at 10:43 PM 8 comments:

We broke out the sprinkler for the girls to play with this weekend. 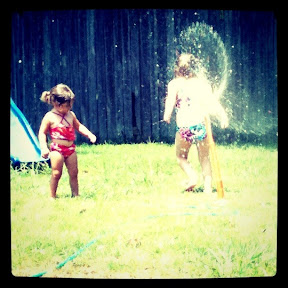 They may not have been the only ones to play in it. 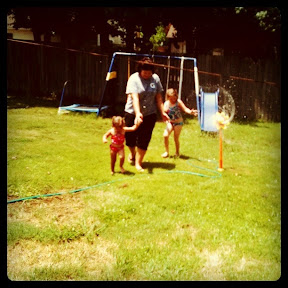 What?! I had to show them how it is done.

Linking up with Project Alicia, Live and Love out loud, and Embrace the camera
Posted by Danyelle at 11:00 PM 6 comments:

Danyelle
I recently began what I am calling my farewell tour of my twenties and considering how long some farewell tours go on for, I may very well be still touring when I am old and gray. Otherwise, I am a stay-at-home mom to my four year old and one year old daughters, wife, owner of an obstinate basset hound. In whatever spare time I have, I like to read and cook, dream of being crafty, and am a novice photographer.